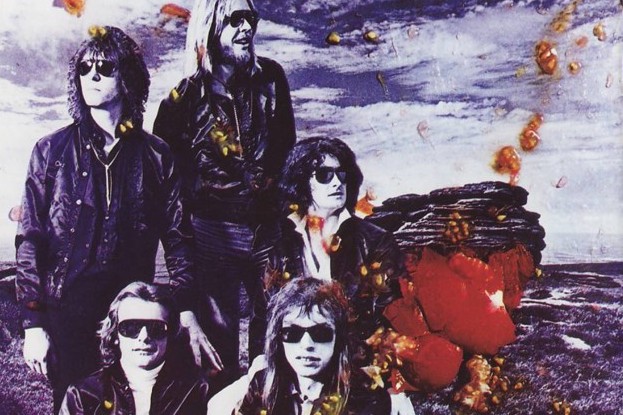 Sometime in the next year, I’m planning on starting another blog. This new one will be focussed around one long-term project, exploring the history of progressive rock. I have chosen ten bands that I feel define that movement/scene/genre in the 1970s. I will be writing about each of their albums (good and bad) in chronological order of release, starting with Pink Floyd’s 1967 debut, and continuing on through prog’s salad days, its strangulation at the hands of post-punk critics, and its subsequent refusal to die completely. I’ll cover a total of 150 albums, with intermittent posts to add historical context, to make note of what music is popular at a given time, and to offer commentary on prog bands other than the central ten. Ultimately, I hope for the project to offer a nuanced reassessment of a style of music that tends to all get painted with the same brush.

Here’s a bit of a preview: what follows is an introduction to this project that sort of dances around the central argument. Hopefully, I’ll be able to get started on this fairly soon. But first, I’ve got some reading to do.

The wave had crashed on the Topographic Ocean.

The members of Yes were finishing up recording sessions for their upcoming ninth studio album, Yes Tor. For the first time in several years, things weren’t going well. From 1971-74, Yes had made a series of albums that arguably represent the sublime pinnacle of what a rock band could achieve. Led by the deeply and non-denominationally spiritual Jon Anderson, Yes reconstituted the dregs of flower power into a utopian worldview that meshed well with the band’s unabashed earnestness. These were musicians who strove for the highest level of aesthetic accomplishment, and made no apologies.

In ’78, Yes was coming off of the high from their eighth outing, Going for the One, which – true to its name – had been a number one album in the UK. It also spawned the top ten hit single “Wonderous Stories,” and it managed to reinstate the band’s critical reputation, which had taken a hit after their ambitious double album Tales from Topographic Oceans was brutalized in most magazines.

But, while Yes had been scrambling to find a way to focus their sprawling, mystical, virtuosic music into a format that listeners could once again get behind, a change had come over the United Kingdom. Economic recession was casting an ever-darker cultural shadow, and a burgeoning subculture of leather-clad, spiky-haired young people was beginning to speak out against purportedly “bombastic” music like Yes, Pink Floyd and King Crimson. It was out with Jon Anderson’s post-psychedelic utopian visions, and in with Johnny Rotten’s disillusionment and cynicism.

During the Yes Tor sessions, guitarist Steve Howe, bassist Chris Squire and drummer Alan White tried to push the band towards the new modernity, like the Rolling Stones had just done on Some Girls. But, if we are to believe what we read in CD liner notes, Anderson wasn’t having it. So, the band’s deflated hard rock and tentative motions towards new wave were forced to coexist with Anderson’s latter-day hippie sensibilities. Nowhere is this more obvious than on Anderson’s last utopian prophesy of the 1970s: a song called “Circus of Heaven.”

Musically, the cut is a botched attempt at reggae. Rather, it might be. It’s actually so unconvincing that it’s difficult to tell if that’s what the band was going for or not. Anderson’s lyrics tell the story of “the very final day,” when a Midwestern town is visited by the titular circus – an event that confirms the existence of not just angels, but also unicorns, fairies, elves and centaurs. A deity called “the seventh lord of the seventh age” presides over the event. The locals gaze upon him in wonder.

But, the story concludes on an uncharacteristically sour note. After the circus packs up and heads off to astonish some other world, Anderson imagines himself walking away from the circus grounds with his six-year-old son. Anderson proclaims with typical ebullience: “Wasn’t that something beautiful, amazing, wonderful, extraordinary, beautiful?” The boy (voiced on the record by Anderson’s actual son, Damion) is curiously unmoved:

“Oh, it was okay. But there was no clowns. Or lions, or tigers, or bears! No candyfloss, or toffee apples. No clowns.”

Perhaps it’s not a stretch to interpret this as a reflection of how Anderson was feeling about the musical trends of the time. Even from within his own band, he was being confronted with the possibility that his aesthetic was becoming passé. But, any move away from that aesthetic – any gesture of appeasement towards the growing ranks of Yes detractors – could be interpreted as a betrayal of the cause. If music is meant to be the vehicle for the grandest feats of human accomplishment, and for the enrichment of the spirit, why should a band stop striving for that? Anderson was stuck. Fitting, then, that his final prophesy should end with a discordant note of cynicism.

There are lots of moments that could mark the death of progressive rock. There’s Emerson, Lake and Palmer’s lavish 1977-78 tour, which nearly bankrupted them. There’s Gentle Giant’s tepid attempts to crack the singles chart after 1976. “Circus of Heaven” represents another possibility: the moment when punk rock made a cynic of Jon Anderson. Really, how could he not be cynical of a world that would willingly trade the spectacular for the self-consciously mundane?

Between June and September of 1978, Yes succumbed to irony for the first time in their career. The design studio Hipgnosis turned in some lacklustre artwork for the new album’s cover and the band’s famously mercurial keyboardist, Rick Wakeman, hurled a tomato at it. In what one can only assume was a collective fit of acute despondency, the band just decided to leave it that way, prompting a last-minute change of the album’s title. 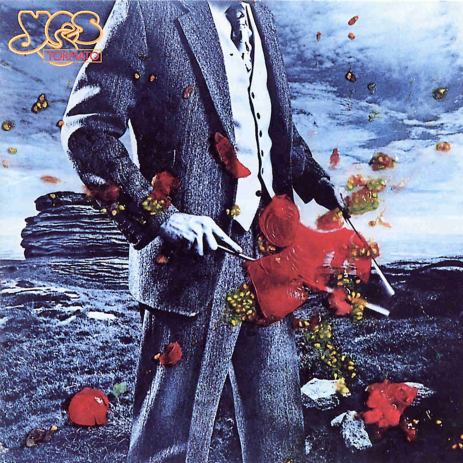 Tormato was released on September 20, 1978. The record was not well received. “Circus of Heaven” was singled out for particular ridicule. Shortly after, Anderson and Wakeman left the band, the latter for the second time.

It would never quite be the same for Yes, after this. They would never recapture the wide-eyed sincerity of their best music. But, for a brief moment, from the late ’60s to about 1975, the world had bought into Jon Anderson’s utopian prophesies. This blog tells the story of how that moment came to be, how it came to an ignoble end, and how the ten definitive progressive rock bands of the 1970s (the Lords of the Seventh Age, if you like) kept making music long after the circus had left town.

EPIGRAPH: “What happened to this song we once knew so well?” – Jon Anderson

1 thought on “A short preview of my upcoming prog-ject”